4 Herbs to Rejuvenate Your Brain Naturally
By Robert Dale Rogers 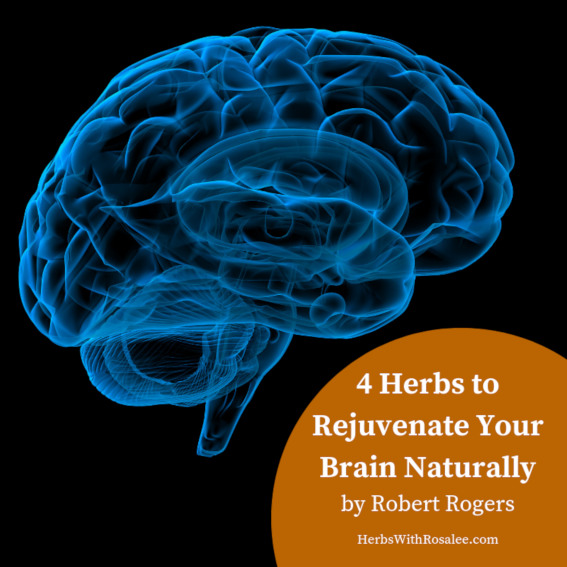 Have you nourished your brain today?

Brain and cognitive health can have many underlying causes, including an imbalance of neurotransmitters and chronic inflammation. These can cause a variety of challenges, including attention deficit hyperactivity, autism spectrum, and obsessive-compulsion, as well as senile dementia, Alzheimer’s and Parkinson’s disease.

The good news is that herbs can help! A number of herbs have been shown to alter brain biochemistry and help bring relief and benefit to these and related conditions.

Dr. Dale Bredesen, author of The End of Alzheimer’s writes: “If someone had told me a few decades ago that, as a research neurologist, I would be recommending protocols that involve meditation, yoga, laughter, music, joy, fasting, exercise, herbs, nutrition and sleep, I would have laughed. But I cannot argue with results, or with the conclusion of years of research.”

Here are four herbs you can use to nourish your brain health. These are excerpted from my book, Rejuvenate Your Brain Naturally.

Albizia (Albizia julibrissin), the Tree of Happiness, is found in temperate parts of the United States as well as its native bio-regions in China, Korea and Japan. In Mandarin, the flowers are known as HUAN HUA, and the bark HE HUAN PI.  In Cantonese, the flower is HAP FUN FA, the bark HAP FUN PEI. They are known as the Happiness Herb and Collective Happiness Bark, respectively.

The medicinal benefit was first recorded in the 2nd century A.D. in the book, Shen Nong Ben Cao, as a calmative and mood tonic, for those suffering loss of a loved one, or a similar calamity.

According to noted herbalist Michael Tierra, “the bark is thought to ‘anchor’ the spirit, while the flowers ‘lighten’ it.” He writes: “As well as giving albizia to many patients suffering from acute and chronic depression and anxiety, I’ve also given it to those who complain of high stress, with noticed marked improvement even after a single day of use. […] Albizia is a good choice for probably greater than 50% of those who are presently taking a pharmaceutical drug. At a mere fraction of the price, albizia is devoid of the adverse side effects of the drugs and can be easily stopped at anytime.”

David Winston writes. “I have patients who have had significant recoveries from post-traumatic stress disorder, long-term unresolved grief, depression and fear.”2

DOSE - up to 3-5 ml daily in divided doses of 1:5 tincture prepared from flowers and/or bark.
CAUTION - Do not use concurrently with any of MAOs, SSRIs or tricyclic anti-depressants, or during pregnancy. 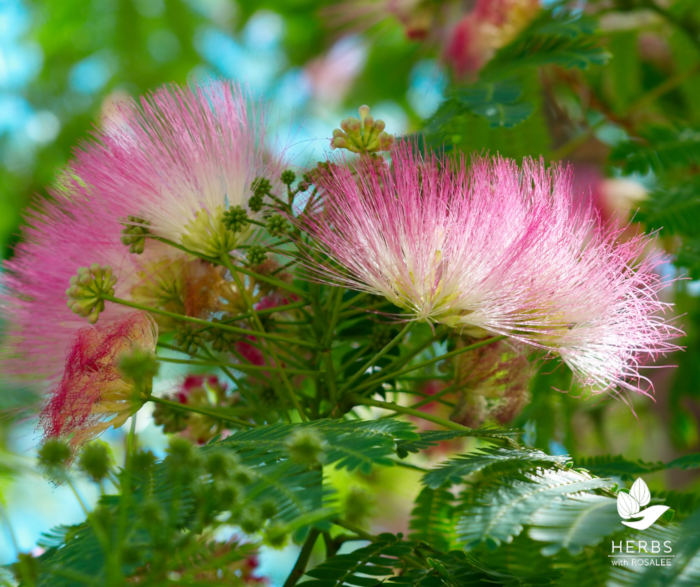 Ashwagandha root (Withania somnifera) comes to us from the Ayurvedic system of India, where it is sometimes referred to as Indian Ginseng.

Ashwagandha is a small, evergreen member of the Solanaceae family. In Sanskrit the name means “odor of the horse”, due to the sweaty horse odor of the fresh root. This is suggestive of the sexual potency of a stallion, and thus its use for treating infertility, and impotence.

Somnifera is derived from the Latin meaning “sleep-inducer”, due to its use in relieving stress and insomnia.

The root has been used for over three millennia to help restore energy, strength, memory, and counteract stress on the mind and body. It helps to calm the mind and promote inner peace and tranquility.

Ashwagandha was one of ten herbs identified in a published systematic review of GABA modulating phytomedicines. The others were kava kava, valerian, hops, chamomile, Ginkgo biloba, passionflower, skullcap and lemon balm.5

Most of the studies have been conducted on the root, but the leaves also show differentiation of neuroblastoma and glioma cells, as well as potential for preventing and treating AD and PD.7

The herb lengthens the analgesic efficacy of opioids in chronic therapy.8

The leaf extract (which contains withanolides) restored levels of brain-derived neurotrophic factor (BDNF), and increased synaptic plasticity.9 The leaf is widely used to adulterate root products, so manufacturers and consumers should be aware.

The root is rich in organic iron and may be useful for anemia.

DOSE - standardized extract- 250-500 mg twice daily. Tincture 1:5 2-4 ml three times daily.
CAUTION- do not use in cases of hyperthyroidism, hemochromatosis, or if there is any sensitivity to the Nightshade family. Avoid during pregnancy. 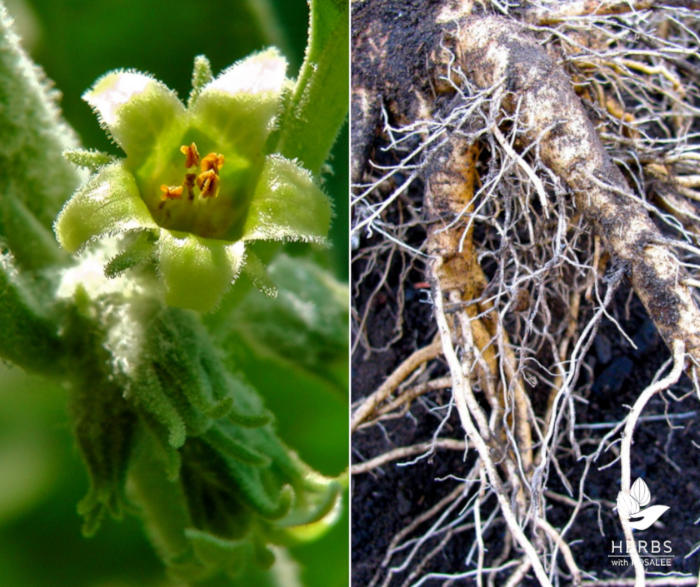 Bacopa or Brahmi (Bacopa monniera) is a memory enhancer from the Ayurvedic tradition of India. The plant is known by several common names, including Thyme-leaved Gratiola, Bamb, Lonika, and Shvet Chamni. It has become naturalized in Florida.

The herb is used in Traditional Chinese Medicine, and known as PA CHI T'IEN.

Bacopa is used for "relaxed smartness", with a more even and consistent mood conducive to learning, and helping increase the expression of ideas and feelings. In fact, it is recommended by numerous herbalists to treat attention deficit disorder (ADD) and ADHD, combining well green oats and holy basil.

Nine studies confirm an 11.2 to 17.9 percent improvement in cognition, and 9-12 percent faster reaction time, in subjects consuming the herb.10

According to scientists with the Central Drug Research Institute in India, bacosides help repair damaged neurons by adding muscle to kinase, the protein involved in the synthesis of new neurons. Depleted synaptic activity is thus restored, leading to increased memory capacity. Triterpenoid saponins and their bacosides are believed responsible for enhancing nerve impulse transmission. The latter aids in repairing damaged neurons and restoring synaptic activity.

One study found the herb reduces inflammatory pathways in the brain, by inhibiting the release of cytokines from microglial cells.11

Both bacoside A and bacopaside I protect neuroreceptors in the brain and liver, suppress lipid peroxidation and activate anti-oxidant enzymes.12

The herb has been found in several randomized DB, PC trials of benefit in dementia, PD and epilepsy. It inhibits acetyl-cholinesterase, reduces beta-amyloid plaquing, and improves neurotransmitter modulation of acetylcholine, 5-hydroxy-tryptamine (5-HP) and dopamine.14

Twenty-four volunteers involved in an acute, double-blind, placebo-controlled crossover were given either 320 mg or 620 mg of bacopa. The lower daily dose improved cognitive performance.15

A study of 54 elderly participants (mean of 73.5 years) involved 300 mg of the herb or placebo. The Bacopa group showed improved cognition and reduced anxiety and depression, suggesting benefit for the elderly.16

DOSE - Look for a product standardized to 20% bacosides A & bacopaside I. Synapsa, a standardized, concentrated product is recommended at 250 to 500 mg daily. Clinical trials show improved memory in aging brains, both healthy and those at risk for AD.17 For 55% bacosides, the standard dose is 300 mg daily. Tincture is 1.5-2.5 ml of 1:5 preparation 3-4 times daily. The herb is best taken with a meal that contains healthy fats.

CAUTION - Caution is advised if patients are taking thyroxin, or thyroid suppressing drugs. 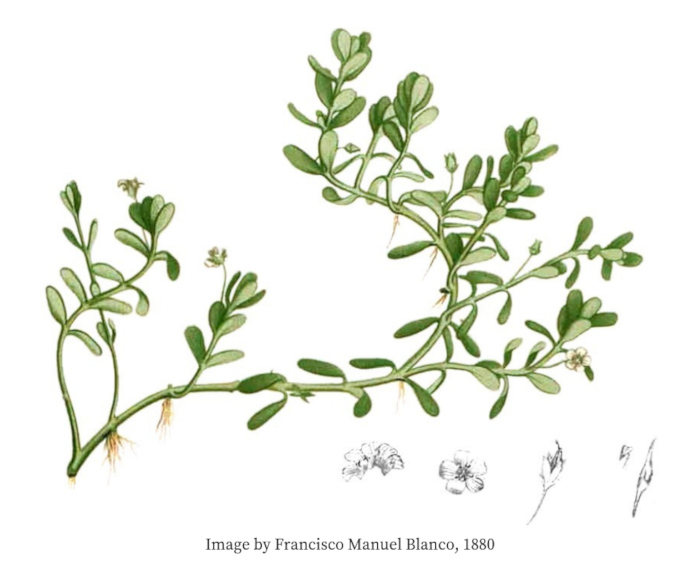 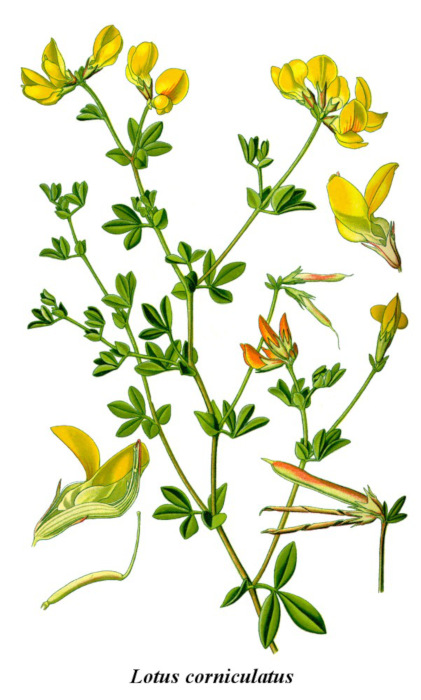 Bird’s Foot Trefoil (Lotus corniculatus) is grown as pasture herbage, and one of the few fodder plants to contain condensed tannin (CT). One bonus of a patch of bird's foot trefoil in your pasture is the control of internal parasites in livestock.
Lotus is from the Greek LOTOS, referring to several legumes. Corniculatus means, “with small horns”, and refers to the small seedpods.

The Lotus-eaters of mythology ate fruit from a shrub that inspired happy indolence. Bird's foot refers to the slender seedpods appearance, while trefoil alludes to a similarity with red clover, also known as trefoil.

The French herbalist, Henri Leclerc, first discovered and reported the medicinal properties of this herb. He recommended using an eyewash of sweet clover to treat an attack of pink eye in a woman suffering from insomnia and heart palpitations. By mistake, the distraught patient made a tea of the aerial parts of bird's foot trefoil, drank it, and discovered her nervous troubles disappeared within the week!

This plant contains constituents similar in nature to those found in passionflower, but more research is required. Further study is required, but it appears that the sedative, anti-anxiety, anti-spasmodic and tranquilizing properties may be similar. The plant is considered by some to have exhilarating properties; and useful in cases of neuro-vegetative dystonia, anguish and depression.

The plant is a central nervous system sedative, for treating tachycardia, anxiety, depression and insomnia. It appears to support the parasympathetic nervous system, helping balance the dominant sympathetic influence associated with stress and competition in our society.

The herb helps inhibit nitric oxide and interleukin 17, suggesting benefit in reducing inflammation, and inhibits both adenosine deaminase and myeloperoxidase.

These are a few of the herbs that show promise in helping rejuvenate and encourage increased neuroplasticity and brain health.

Chapters on Nutritional supplements and Medicinal Herbs reveal a wide range of supplementation for each of these devastating conditions.

Nearly one thousand citations will help the practitioner delve more deeply into specific approaches, and help their clients understand that none of these brain conditions are a life sentence.

Rejuvenate Your Brain Naturally is available from Amazon.com and in Canada from my site www.selfhealdistributing.com. 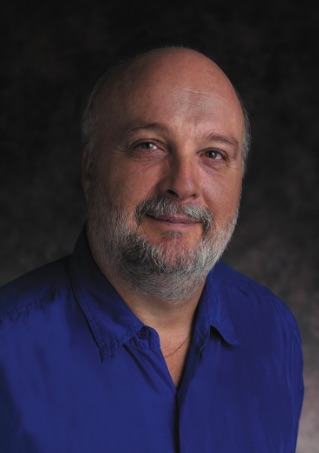 Robert Rogers has been an herbalist for nearly fifty years, is a professional member of the American Herbalist Guild and clinical professor in family medicine at the University of Alberta.
He is the author of over fifty books on medicinal plants and mushrooms of North America.