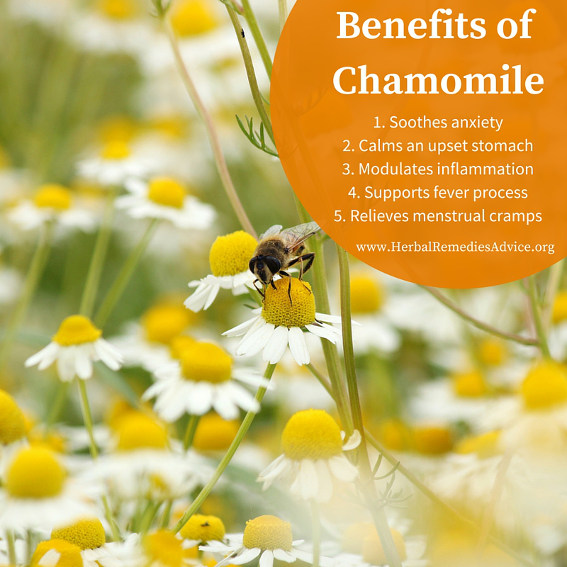 One of my first memories of using plants for medicine was delivered through Beatrix Potter and her adventures with Peter Rabbit.

You might remember the day that Peter Rabbit narrowly escaped a harrowing ordeal in Mr. McGregor’s garden. Once he was safely home his mother gave him a cup of chamomile tea before putting him to bed. How quaint! Perhaps it was because of this pre-school impression that I didn’t take this herb very seriously.

Now, many cups of chamomile tea later, I understand what makes chamomile so extraordinary.

As Peter Rabbit’s mother knew, chamomile is soothing and calming; perfect after those stressful days in the garden or at work. It not only helps to promote rest, but it also helps to mediate pain and inflammation. In fact, chamomile is so effective at reducing inflammation that it has been studied extensively for this ability.

If you type its scientific name (Matricaria recutita) into PubMed (a government listing of biomedical studies), you’ll see it has been shown to be effective both for addressing phlebitis caused by chemotherapy treatments and for stopping allergies by inhibiting the histamine response.

From eczema to menstrual cramps to IBS, chamomile can relieve pain and inflammation quickly and provides significant results while being safe and gentle for practically everyone. That's no wussy herbal medicine!

From an herbalist’s perspective, chamomile is considered bitter, slightly warming, and relaxing. What does this mean and why does it matter?

Herbalists don’t simply study what herb is good for what condition. Instead, each plant is analyzed on a variety of therapeutic levels. One important aspect of this is the plant’s ability to warm or cool a person. Have you ever eaten really spicy wasabi and then felt your sinuses drain? Or eaten a fresh slice of watermelon on a hot day and felt cooled and refreshed? If so, then you’ll know exactly what I am talking about.

Every medicinal plant has these characteristics to some degree or another, and understanding these actions helps herbalists to be more effective at choosing which plant can help a particular person.

Chamomile is relatively neutral in temperature though perhaps slightly warming. Generally, our more neutral plants can be taken by most people and in higher amounts without causing unwanted side effects.

The taste of chamomile gives us further insight into how it works. 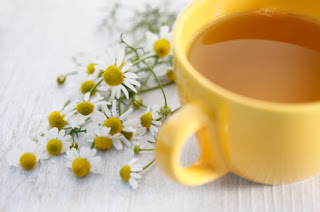 The taste of a plant is also very important in understanding the its actions.

For example, the bitter taste on our tongue creates a cascade of events that promotes our digestive function. From stimulating saliva (our first digestive juice) to various enzymes in the stomach, liver and pancreas, one can argue that the bitter taste is needed at every meal.

A strongly brewed cup of chamomile tea provides this bitter taste, thus promoting healthy digestion. Chamomile can be especially beneficial for people with a “nervous stomach” as it both calms and soothes while stimulating digestive function. It can also be used by people with digestive inflammation (such as heartburn or IBS) to mediate inflammatory levels in the gut mucosa.

Furthering helping with digestion are chamomile aromatic qualities which break up stagnant digestion. Ever had stagnant digestion? It's characterized by bloating and the feeling that there's a bowling ball in your stomach. 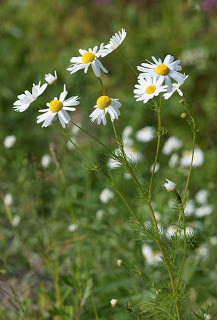 Chamomile has many applications for common complaints. Besides helping to relax the nervous system chamomile also can relax muscle tissue. Women may find their menstrual cramps abated with a strong cup of chamomile tea, or diminished by rubbing their abdomen with oil infused with chamomile flowers.

Any mother whose colicky or teething child has been soothed to sleep (or simply quieted) by chamomile will tell you this is beneficial stuff!

Keeping in mind the above energetic considerations as well as broader personalized considerations (diet, food intolerances, lifestyle etc), I commonly use chamomile for people with the following health issues: 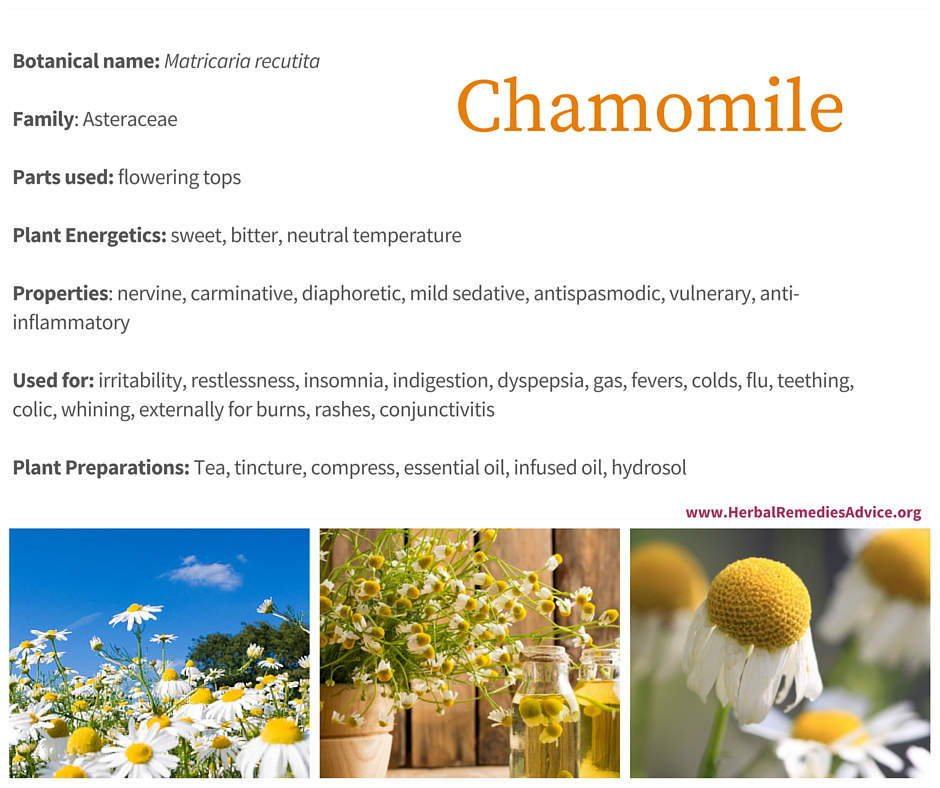 How to Make Chamomile Tea and Other Preparations

If you’ve ever stuck a chamomile tea bag into a cup of hot water for five minutes, then you’ve experienced chamomile as a delightful and slightly sweet tea.

To get more therapeutic results, use more chamomile and steep for longer. I generally use 1/2 cup of flowers to a pint of just-boiled water and I let it steep for 20-30 minutes. The resulting brew is decidedly less sweet and more bitter than a simple cup of tea but this stronger concoction provides more relief for many of the issues listed in this article.

Besides drinking this strong chamomile infusion, it can also be used on the skin as a rinse or added to bath water to relieve itching of mild rashes.

Chamomile is also used as a tincture, a glycerite and as an infused oil.

And try this recipe for Chamomile Popsicles!

Most people will find that chamomile is effective and safe. A small percentage of people are allergic to chamomile and will have reactions. It's always best to try new herbs and foods in small amounts.