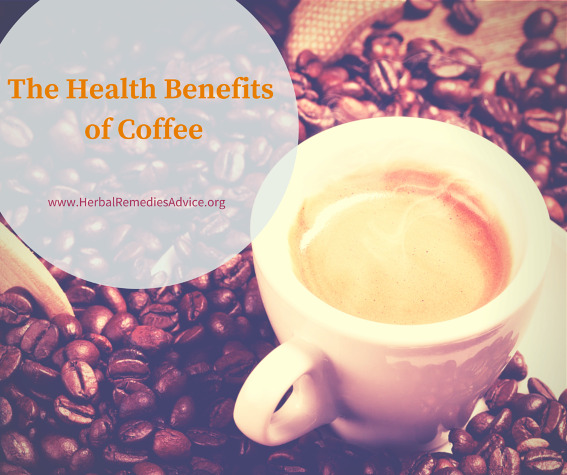 In the previous article we talked about the history of coffee. We now turn our attention to the health benefits of coffee.

The simplest way to describe the medicinal benefit of coffee is that it is a stimulant. It stimulates energy, circulation, digestion, and even urination.

The most obvious effect we feel after drinking coffee is more energy. Physiologically, heart rate is increased, as well as circulation, diuresis, gastric enzymes, and peristalsis. In essence, coffee wakes things up and gets them moving.

People love coffee for its taste and for the comfort of a warm morning ritual. Some people say it’s the best part of waking up. If you’ve ever enjoyed a cup of coffee, then you know exactly how this feels.

I think we all pray to the first cup of the day. It’s a silent prayer, sung while the mind is still foggy and blue. “O Magic Cup,” it might go, “carry me above the traffic jam. Keep me civil in the subway. And forgive my employer,
as you forgive me. Amen.”

Many people depend on coffee to help them fight fatigue and increase their energy. Countless studies have shown the positive effects of coffee for people who work the night shift, work exceptionally long hours, or do monotonous work throughout the day. In the short term coffee can provide a relatively safe way to stay awake and increase energy levels.

Coffee Makes You Smarter and Protects Against Neurodegenerative Diseases

The powers of a man’s mind are directly proportioned to the quantity of coffee he drinks.
-Sir James Mackintosh

Studies also show that drinking coffee decreases the risk for Alzheimer’s and Parkinson's, two of the most prevalent neurodegenerative diseases. One study found that drinking “3-5 cups per day at midlife was associated with a decreased risk of dementia/AD by about 65% at late-life.”

“Mental activity is pronounced, thought is rapid, and so great is the cerebral stimulation that an enormous amount of brain power is developed, so that individuals are capable of prolonged and severe mental application. The reasoning faculties are sharpened, and there is also a marked capacity for physical labor.”
-King’s American Dispensatory

Coffee stimulates the release of gastric enzymes, which are an important factor in the digestive process. It also increases peristalsis, the natural movement of the colon. Many habitual coffee drinkers rely on their morning cup to get their bowels moving.

Studies have also shown regular coffee consumption keeps the liver healthy. A study showed that the beneficial effects on the liver were especially helpful for people who drink alcohol. Another study has shown that even decaffeinated (“decaf”) coffee consumption is correlated with a decrease in abnormal liver enzymes, leading researchers to theorize that caffeine is not the only medicinal substance in coffee.

Coffee Benefits as a Diuretic

Coffee mildly increases the kidneys’ rate of filtration, thus increasing urination. However, people quickly create a tolerance to this effect. It was once widely believed that coffee caused dehydration, but this is no longer believed to be the case.

Coffee has numerous benefits for preventing insulin resistance or for mitigating the negative effects of this metabolic disease. People who drink 3-5 cups of coffee a day have been shown to have a significantly decreased risk for developing insulin resistance. (There are countless studies in this field that are linked at the end of this article.)

Perhaps because of the antioxidant-rich nature of coffee (it’s the number one source of antioxidants in the U.S. diet), it has also been shown to reduce complications from the inflammation associated with insulin resistance, including decreased retinal damage.

Coffee acts as a bronchodilator that helps to open airways and improve breathing capacity. Asthmatics who regularly drink coffee have been shown to have 1/3 fewer symptoms than those with asthma who don’t drink coffee.

"The tincture of coffee made from the unroasted berries is a nerve stimulant and antispasmodic. It increases the heart's action and produces a rise in arterial tension. It is of value in nervous headache, and in vertigo from imperfect circulation in the nerve centers-in cerebral anemia."
-Finley Ellingwood, American Materia Medica, Therapeutics and Pharmacognosy, 1919

Is Coffee Harmful to Your Health?

The above paragraphs on the health benefits of coffee may have you feeling that everyone could benefit from drinking coffee every day. But there are some potentially serious adverse effects to drinking too much coffee. It entirely depends on the person and their current health. 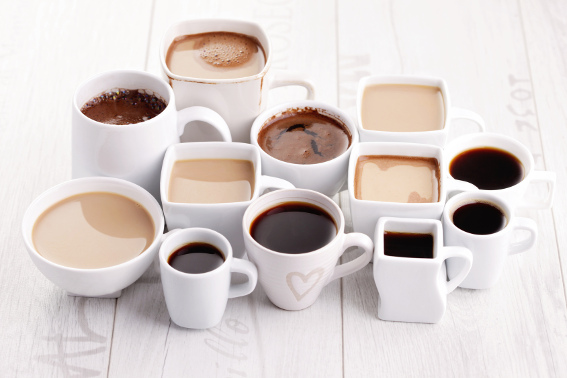 Some people already know that drinking even one cup of coffee makes them unpleasantly hyperactive or jittery. People experiencing these negative effects after one cup should heed the wisdom of their bodies and entirely avoid coffee.

If someone is continually stressed, has a lot of anxiety, isn’t sleeping well, and/or has significant ups and downs in their energy levels during the day, then coffee is not a healthy beverage choice. In this case even one cup could be too much.

Other people may abuse coffee, which then leads to negative health effects. Coffee abuse can have short-term and long-term negative effects on overall health. For example, coffee can wreak havoc on a person’s sleep patterns. If a person doesn’t sleep well, then they tend to feel tired the next day, thus fueling their desire, or even sense of entitlement, for more coffee. This again disrupts their sleep, leading to a self-perpetuating negative cycle. Besides disrupting sleep cycles coffee can also create or exacerbate anxiety and gastric reflux.

Coffee is addictive. As coffee consumption is increased, the body becomes tolerant to it, resulting in the perception that more coffee is needed. Suddenly stopping coffee can lead to withdrawal symptoms, including headaches, fatigue, and foggy mental capabilities. It’s generally better to slowly reduce coffee intake rather than stop “cold turkey.”

Coffee is not recommended during pregnancy.

Is coffee healthy or unhealthy? Like most things in life there isn’t a black-and-white answer to that question. In this case, it really depends on the health of the person and their relationship to coffee. If the person generally is healthy, gets restful sleep every night, eats a varied and nutritious diet, and doesn’t rely on coffee or other energy crutches, then coffee in moderation can be a health-promoting drink.

More Resources on the Health Benefits of Coffee

In the last part of this article we'll go over some very interesting coffee facts that will speak to brewing that perfect cup!