The fruit of the Coriandrum sativum plant are referred to as coriander seeds. They have a pungent taste that is warming and drying. Coriander seeds are a medicinal plant and a common culinary spice.

This article focuses on coriander seeds.

Coriander is reputably one of the oldest known medicinal spices and has been used for at least 7,000 years. The spice was found in the tomb of King Tutankhamen and the seeds were mentioned in the Bible.

Coriander seeds were a common ingredient in love potions in the Middle Ages and it was an official medicine in the U.S. Pharmacopoeia from 1820 until 1980.

During WWII coriander seeds were covered in sugar and sold as candy. They have also been used in a similar manner for kids with tummy aches.

Coriander has a long history of use for preserving meat and it was often combined with vinegar for these purposes. Corned beef is a popular example of coriander spiced meat.

Coriander seeds are used in distilling spirits, notably the French Chartreuse. It is also a common ingredient in Belgian beers.

People in the US eat more than 900,000 pounds of coriander a year, most of which is found in meats such as sausages and also pastries and sweets.

"It’s almost impossible to use too much coriander. (In North American cuisine, some recipes call for it by the cupful!) In fact, coriander can fix a lot of errors in cooking. If you’ve gone too heavy on a particular spice in a dish, add the same amount of ground coriander, which should correct the flavor. This works particularly well when you’ve overdone a strong spice such as clove or cinnamon."  - Bharat Aggarwal, Healing Spices 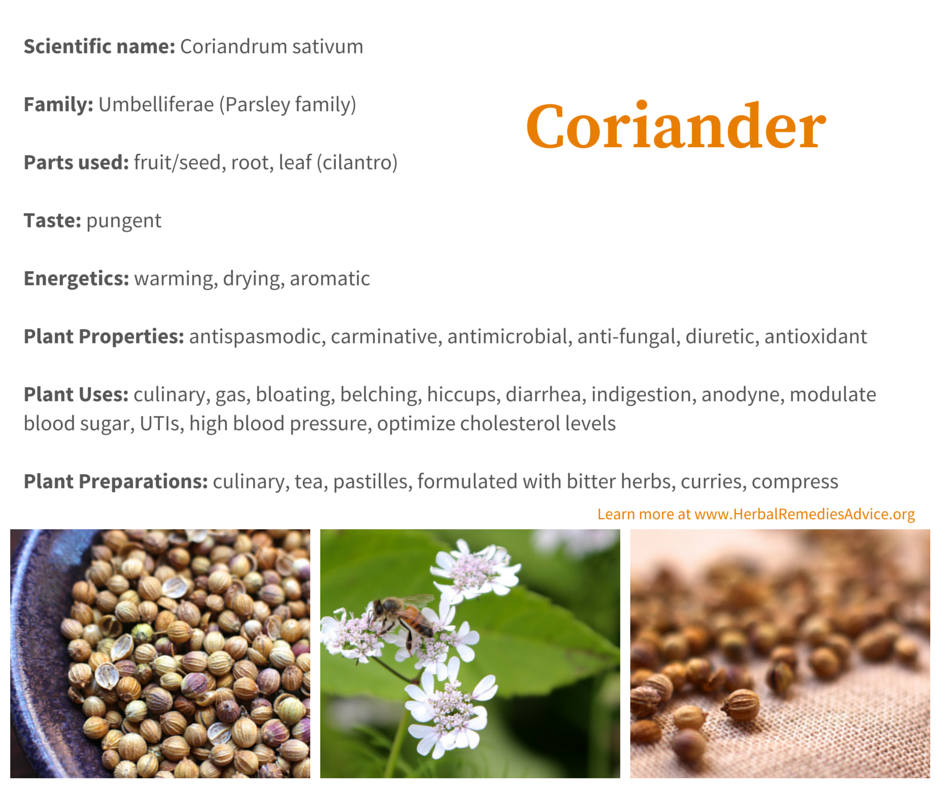 Coriander is a fairly straightforward herb but it does have a few surprising uses.

Coriander is best known as a carminative herb. It has a pungent taste that is warming and drying, which makes it a perfect match for damp and cold digestive problems.

Coriander seeds have numerous benefits for the heart. They have been shown to lower blood pressure and optimize cholesterol levels, and they are strongly antioxidant, which can support heart health.

Coriander is a mild antimicrobial herb. It’s been shown to be effective against fungal infections likecandida. It’s also both diuretic and antimicrobial, making it a great herb for urinary tract infections.

I’ve seen many references to coriander being used for cold and flu symptoms. Being a pungent spice we can surmise it would be beneficial for wind/cold fevers and mucus congestion. I have not found any contemporary references to herbalists regularly using coriander for colds and the flu.

Coriander has been studied for its ability to prevent cancer. Promising results have been shown for preventing colon cancer. Another interesting study showed the roots as having strong antioxidant activity that could “prevent oxidative stress-related diseases”.

The most common way to use coriander is as a culinary spice. It is frequently used in curry mixes and North African cuisines. For best results buy the whole seeds and then grind them up fresh. The whole seeds are often roasted before grinding. If you want to buy ground coriander buy it from a reputable source and only buy in small quantities. Ground coriander loses a lot of its flavor fairly quickly.

Besides culinary use there are several medicinal preparations for coriander seeds.

They can be used externally as a poultice or a compress for menstrual cramps, arthritic joints, and headaches.

Seeds can be ground into a paste and used on mouth and skin ulcers.

Coriander is frequently added to other formulas to help improve the taste or to prevent intestinal spasms (common with laxative formulas).

The seeds can be made into a tea. A cold infusion is recommended or a hot infusion that is covered immediately.

The recommended dosage of coriander is  2.5 - 5 grams.

Coriander roots are also edible and are used in Asian cuisine. 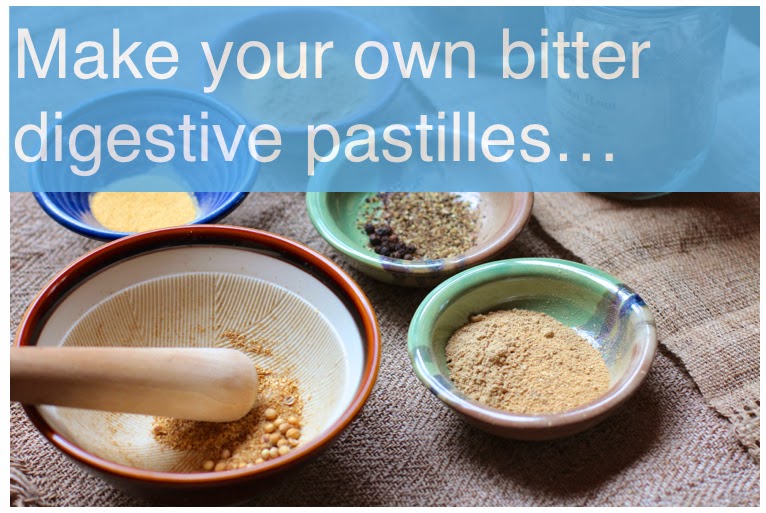 Coriander seeds are considered safe for most people; however, a small number of people are severely allergic to coriander.

Coriander is a common culinary spice that has been used by humans for thousands of years. Its main use is for stagnant and cold digestion and has long played an important role in balancing formulas. Besides being used to support healthy digestion, coriander also has many benefits for the heart and for regulating blood sugar levels.