Capsicum is not a cure all, but you are missing the boat if you are not using it.
-Dr. Douglas Kirkbride

If you master only one herb in your life, master cayenne pepper. It is more powerful than anything else.
-Dr. Richard Shulze 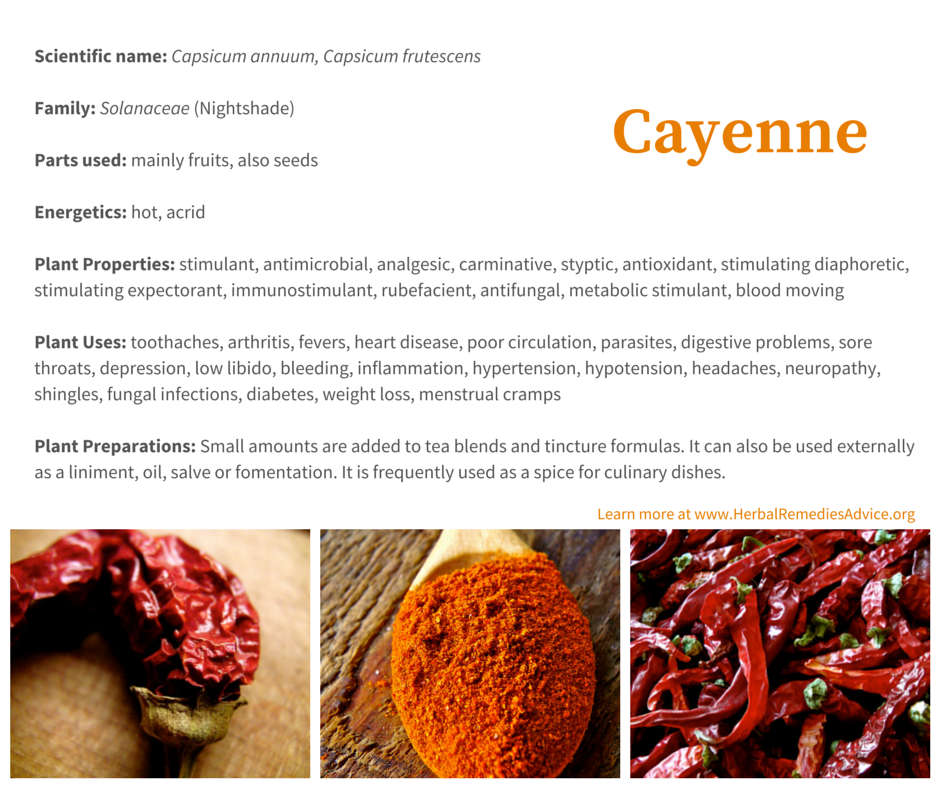 Cayenne is often commonly referred to as a pepper, but it is not in the Piper genus (such as black pepper and kava). The common word “chili” is often used for cayenne and other Capsaicin genus plants. This word is said to come from the Aztecs.

The etymology of the word Capsicum is believed to have been derived from Greek, meaning “to bite”.

Cayenne has a hot and acrid taste. This “bite” is caused by the constituent capsaicin. The more capsaicin a pepper has the more heat or bite it has. This amount varies greatly between species and varieties.

Evolutionary biology explains that the red fruit of capsicums attracts birds who seemingly love the fruit and are not affected by the hot taste. They then distribute the seeds. All mammals experience the bite of Capscium species.

Many scientific studies use capsaicin as a standard isolated extract rather than using the whole cayenne herb. 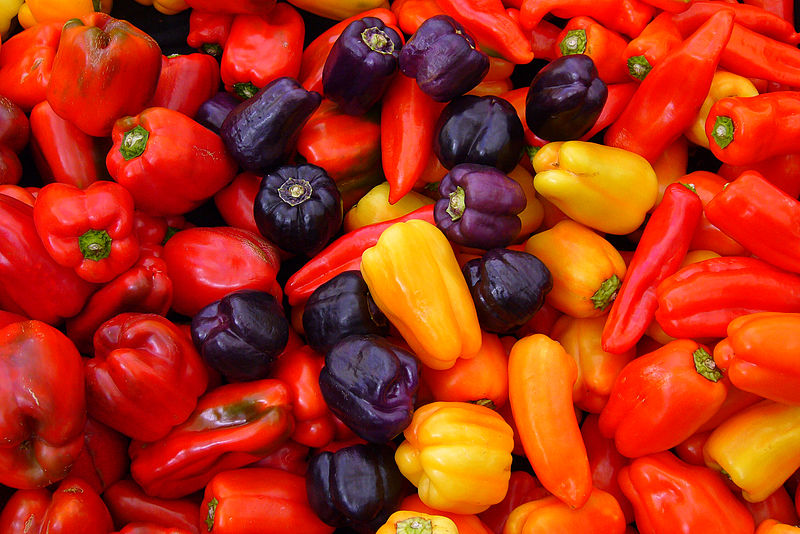 Energetically, cayenne is very intense. For the most part, our food-like herbs are balanced energetically. This means that their thermal temperature (cold to hot) is somewhere around neutral and their humidity level (moist to dry) is around neutral. This lets us know that they can be consumed in food-like quantities for long periods of time with beneficial results.

Let’s take a basic energetic understanding of nettle for instance.

My interpretation of nettle is that it tends to be a bit cooling and a little bit more drying but, all in all, it is fairly close to neutral.

If we drew cayenne in the same way it would look more like this:

Compared to stinging nettle, cayenne is considerably more dramatic energetically. It is one of our hottest plants and is quite dry as well.

The further an herb is to one or the other side of the scale, the more tendency it has to create unwanted effects. These more intense herbs tend to be our medicinal herbs and they are best consumed in small amounts and in formulas that help to balance the effects.

You could probably eat a bowl full of cooked nettles for the rest of your life and only receive good benefits from it. If you somehow managed to eat a bowl of cayenne peppers one day, you probably couldn’t continue that practice day after day because pretty soon unwanted effects like an upset tummy and gastric heat would begin to occur.

Granted, when a lot of peppers are consumed they create an endorphin rush in the body, creating a euphoric state of mind. Some people build a threshold for this experience and can increasingly eat more and more peppers.

However, for the most part, cayenne is used in food and in formulas in very small amounts.

In the herbal world it is impossible to mention cayenne without tipping our hats to Samuel Thompson. Thompson is a main figurehead in North American herbal history who lived from 1769 to 1843. He learned about herbs from a widow and became a dedicated herbalist after watching his family suffer at the hands of the doctors of the time. One of his favorite and most-used herbs was cayenne. He considered it a stimulant above all, and used it for stagnant depression and stagnant digestion.

Thompson believed that coldness was a major contributing factor to disease. Steam baths and cayenne were two of his mainstays for creating a person’s inner heat.

After much experience and trying every thing within my knowledge, to gain this important point, I fixed upon the medicine which I have called No. 2 [Cayenne, Capsicum spp.], in my patent, for that purpose; and after using it for many years, I am perfectly convinced that it is the best thing that can be made use of to hold the heat in the stomach until the system can be cleared of obstructions, so as to produce a natural digestion of the food, which will nourish the body, establish perspiration and restore the health of the patient. I found it to be perfectly safe in all cases, and never knew any bad effects from administering it.
- Samuel Thompson

Continue to part 2 for the health benefits of cayenne pepper.