There are many different species of Echinacea. The two easiest to find in commerce are Echinacea purpurea and Echinacea angustifolia.

E. purpurea is easiest to grow and tends to be cheaper to buy. Medicine makers use the entire plant (including flowers, stems, leaves and roots).

E. angustifolia is harder to grow and is therefore often more expensive to buy. Medicine makers generally use only the roots of the plant.

Some herbalists maintain that E. angustifolia root is the best material to make Echinacea products from. I feel that perspective is overly simplified and that both plants can be made into powerful herbal medicines. 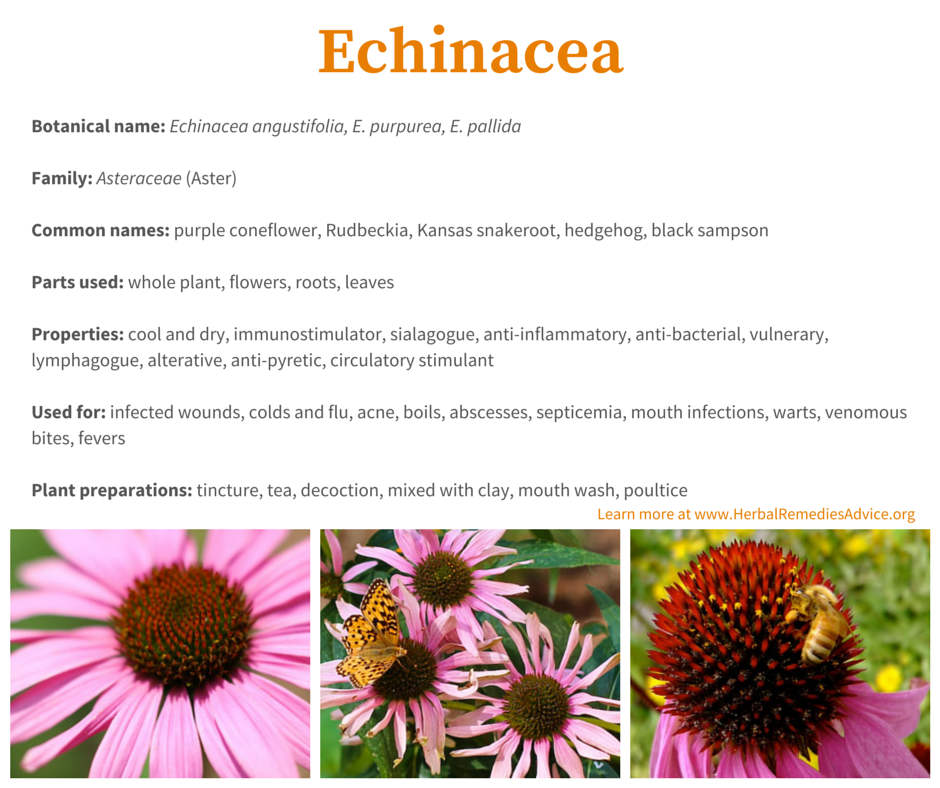 If you taste a potent Echinacea product, or simply bite into the fresh plant (flowers, roots, stems, or leaves), you’ll experience the Echinacea zing. Its acrid taste is numbing on the throat and tongue while being dispersive throughout the body. Echinacea is therefore stimulating in nature. It stimulates immune system function, it promotes the flow of lymph to address swollen lymphatic glands and even stimulates saliva.

Energetically, Echinacea is cooling in nature and is used for signs of heat, most notably infections. Because it stimulates body secretions, it is also drying.

Echinacea is an alterative herb. Alterative is an herbal term which broadly means to alter or move someone towards health. Alterative herbs support systems of detoxification (e.g., lungs, skin, lymph, etc) to assist the body in removing metabolic waste. Herbalist jim mcdonald likens this term to cleaning out the ash and soot build up in a wood stove. Once that build up is removed, the stove works more efficiently.

The Eclectics were physician herbalists who were a part of mainstream medicine in the 1800’s and early 1900’s. Once Echinacea was brought into use within the Eclectic literature, it quickly gained hold to be one of their favorites remedies.  Eclectics considered Echinacea, above all, to be an alterative.

“[Echinacea] it is an alterative, exerting an influence over the secretory and lymphatic functions, which is unsurpassed by few, if any other of the known alteratives.”  - King’s American Dispensatory, 1898

Benefits of Echinacea for Infections

Long known as the toothache plant, echinacea tea or diluted tincture can be swished frequently to address tooth infections or ulcerations of the oral mucous membranes. A pilot study showed that an oral patch containing Echinacea pupurea, Gotu kola (Centella asiatica) and Elderberry (Sambucus nigra) was effective in reducing inflammation associated with gingivitis.2

Herbalists regularly use Echinacea as part of a formula for addressing urinary tract infections.

Infected wounds and scrapes also do well with Echinacea, again both internally and externally.

Benefits of Echinacea for Bites and Stings

The first popularized use of Echinacea for the Eclectic Herbalists was for rattlesnake bites. We can trace this story back to self-described doctor HCF Meyer.

Historical references say Dr. Meyer had learned about using Echinacea for snake bites from a Native American woman. He then experimented with it for a number of years before going to Dr. John King and John Uri Lloyd with his findings. He claimed he had treated many cases of rattlesnake bites in animals and humans using his special blend of herbs (Echinacea, hops and wormwood). At first he was brushed aside for making such outrageous claims.

Dr. Meyer offered to send Dr. King an 8 foot rattlesnake so that he could experiment with treating animals who had been bitten. Dr. King declined. Dr. Meyer then offered to travel to Dr. King and allow himself to be bitten by the snake to prove the efficacy of his herbs in person. Dr. King again declined, but the persistence of Dr. Meyer inspired him to take a closer look at this plant.4

Although Dr. Meyer didn’t get bit by the rattlesnake in Dr. King’s presence, there are reports of him willingly submitting to this venomous reptile in order to prove his remedy’s effectiveness. In 1919, the Eclectic physician Ellingwood reported that Dr. Meyer willingly injected himself with the venom of a rattlesnake on his right hand. After six hours significant swelling had reached his elbow. He then dosed himself with his blend of herbs, taking them both internally and externally, went to sleep and woke up four hours later to find the pain and swelling was gone.5

We now know that Echinacea works by inhibiting hyaluronidase, the poison found in rattlesnake bites that causes so much bodily harm.

For twenty to twenty-five years, echinacea has been passing through the stages of critical experimentation under the observation of several thousand physicians, and its remarkable properties are receiving positive confirmation... All who use it correctly fall quickly into line as enthusiasts in its praise.
Finley Ellingwood,  American Materia Medica, 1919

Benefits of Echinacea for Colds and the Flu

Another recent study showed that a patent formula of Echinacea purpurea was just as effective as a commonly prescribed influenza pharmaceutical drug; plus, those taking the herbal formula had fewer side effects.8

Echinacea has long been used for sore throats, both by Native Americans and Eclectic and modern day herbalists. In this case a throat spray or other direct application is best. In vitro studies have shown that Echinacea purpurea is active against the bacteria that causes strep throat (Streptococcus pyogenes).9

Another powerful effect of Echinacea during a cold or flu is for swollen lymph glands (lymphagogue). Eclectic physicians also used Echinacea to support the fever process for a variety of febrile conditions such as typhoid and malaria.

Benefits of Echinacea: How Echinacea Works

Undoubtedly Echinacea works in a myriad of ways that we can only begin to comprehend. But modern science has been able to figure out some of the miraculous ways of this magical plant.

There are around nine plants in the Echinacea genus and all are herbaceous perennial plants. Recently Echinacea plants have been hybridized into cultivars for gardeners.

The term for the genus “Echinacea” is derived from the Greek word meaning hedgehog or sea urchin and refers to the center cone of the flower.

First, let’s look at E. angustifolia, which grows up to 30 inches tall.

The composite flowers of E. angustifolia bloom from summer to early fall. The pale pink ray flowers are less showy than E. purpurea. You’ll notice the spiky center of the flower, which is likened to a hedgehog. 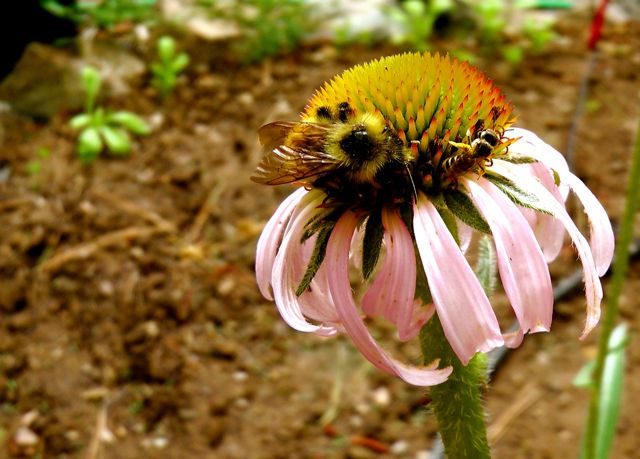 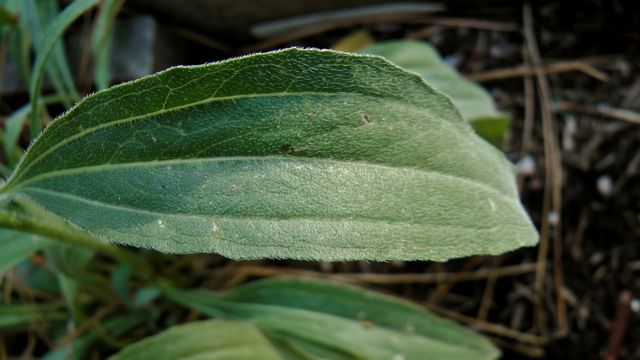 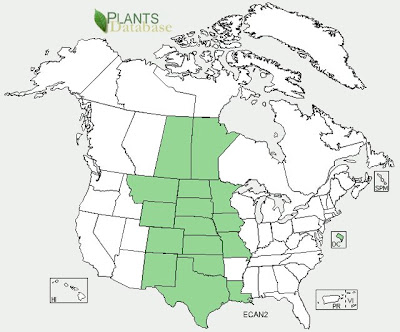 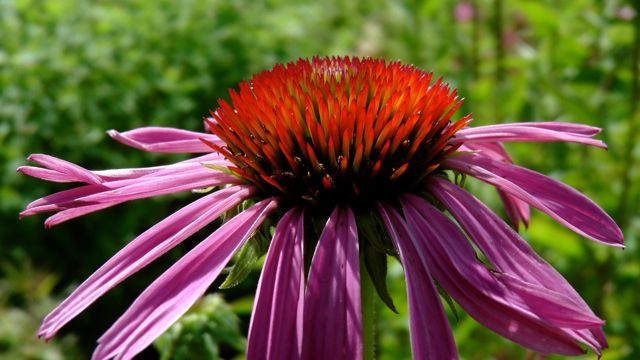 The leaves of E. purpurea are broader than E. angustifolia.

The roots grow from a caudex with fibrous roots.

Chances are that most of you probably won’t be using herbs to combat typhoid, malaria, rattlesnake bites or rabid dog bites.

However, there are lots of indications that we can commonly use Echinacea for. Keep in mind that, energetically, it is cooling and drying and is specific for signs of heat, ulcerations and fetid tissues.

There are a couple of considerations when dosing Echinacea. One, if you are dealing with a skin condition such as bug bites, wounds, acne, boils, etc, then it’s most effective when applied externally as well as taken internally. I personally like to take the tincture internally while applying a fomentation of the decocted root. You can also dilute the tincture for external use.

Secondly, consider how often you dose Echinacea. Eclectics used Echinacea in smaller doses frequently; the exact amounts and frequency varied by practitioner. When dealing with an acute condition, such as a cold or flu, taking 30-60 drops only three times a day is not ideal. Echinacea is better taken every hour or every couple hours.

Read Sue Kusch's article on Echinacea and learn how to make your own echinacea extract!

Benefits of Echinacea: Echinacea Side Effects

For people experiencing frequent colds and the flu, avoid using Echinacea as a band-aid treatment for a weakened immune system. Instead, consider building therapies such as rest, a nutrient-dense diet, regular exercise, joy, and tonic immune-building herbs like astragalus.

You do not need to stop taking Echinacea after a certain number of days. This once popular belief came about from a misinterpreted German study.

The widespread use of Echinacea during the time of the Eclectics as well as the current market in North America and Europe has led to this plant’s demise in the wild. Never buy wildcrafted Echinacea. There is no longer a way for anyone to wildcraft this plant sustainably. Instead, consider growing this beautiful plant in your own garden or buy it from organic cultivated sources. And if you live in this plant’s natural habitat, go on walks and spread seeds.

"Under the older classification of remedies, echinacea would probably be classified as an antiseptic and alterative. Strictly speaking, it is practically impossible to classify an agent like echinacea by applying to it one or two words to indicate its virtues. The day is rapidly approaching when these qualifying terms will have no place in medicine, for they but inadequately convey to our minds the therapeutic possibilities of our drugs."
- King's American Dispensatory, 1898

Citations for Benefits of Echinacea