The first writings about the benefits of ashwagandha are in Ayurveda texts from roughly 3,000 - 4,000 years ago. Ayurveda classifies ashwagandha as a rasayana. A rasayana is an herb that deeply rejuvenates and promotes longevity.

Rasayanas are especially revered for bringing health into the elder years.

It is used in all conditions of weakness and tissue deficiency in children, the elderly, those debilitated by chronic diseases, those suffering from overwork, lack of sleep or nervous exhaustion.
-Frawley and Lad, Yoga of Herbs

Classically, ashwagandha is described as reducing kapha and vata and increasing pitta. It is predominantly used as a strengthening and rejuvenative tonic for all forms of weakness, fatigue, convalescing, and wasting.
-AHP Monograph 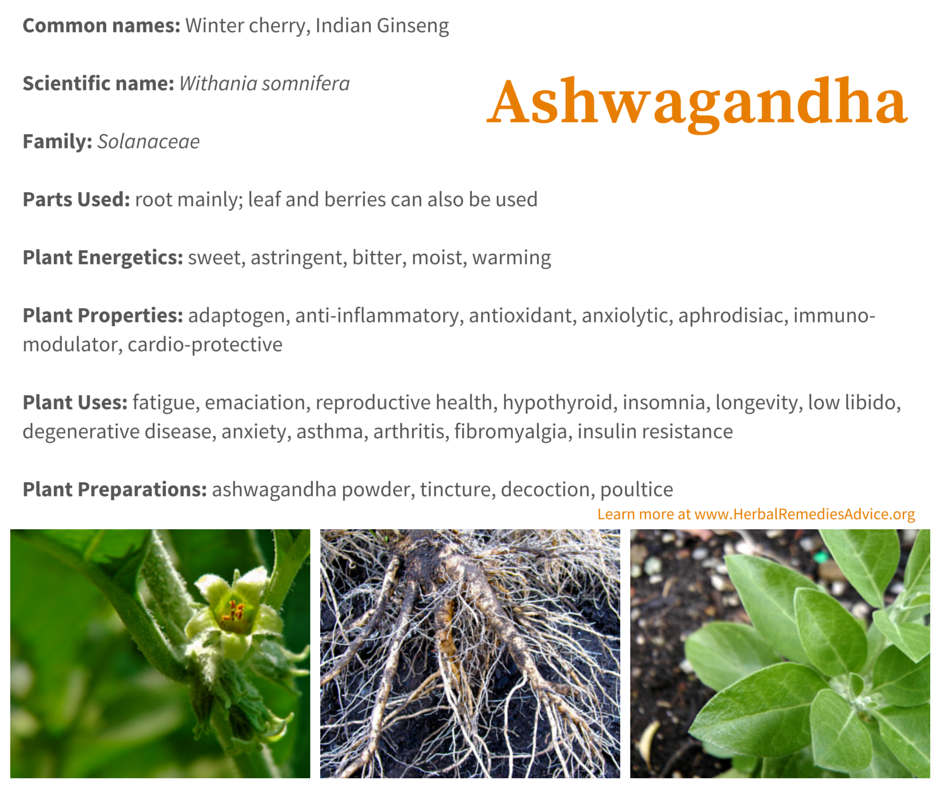 Ashwagandha root is especially alluring in its ability to both strengthen and calm the nervous system. Taken over time ashwagandha can build up emaciated tissues, decrease a negative response to stress and increase energy levels.

Ashwaganda can be translated to mean "smell of a horse’s urine or sweat". I have not been able to make this comparison myself but don’t let this description stop you from trying this incredible herb! Along with this is a common saying for ashwaganda root: it gives you the strength of a stallion.

One obtains longevity, regains youth, gets a sharp memory and intellect and freedom from diseases, gets a lustrous complexion, and strength of a horse.  - Charaka, Ayurvedic Scholar, 100 BC

However, rather than being overtly stimulating, one of ashwagandha's benefits is that it is gently sedative and supports healthy sleep cycles. Its species name is somnifera, which refers to its use to support sleep. Rather than think of it as an herb for acute insomnia, it is something that is taken over time to restore nervous system health and restore healthy sleep cycles.

Ashwaganda root is sometimes called the ginseng of India. But while some adaptogens, like ginseng, may be overstimulating to people with anxiety, ashwagandha excels at decreasing anxiety and soothing the nervous system. Consider it for people with anxiety as well as people with debilitating exhaustion who don’t need stimulants but instead need deep rest.

It should be considered wherever there is nervousness and exhaustion in any chronic disease. It has the capacity to greatly increase vitality, sense of well-being while reducing anxiety and fatigue.
- Kiva Rose 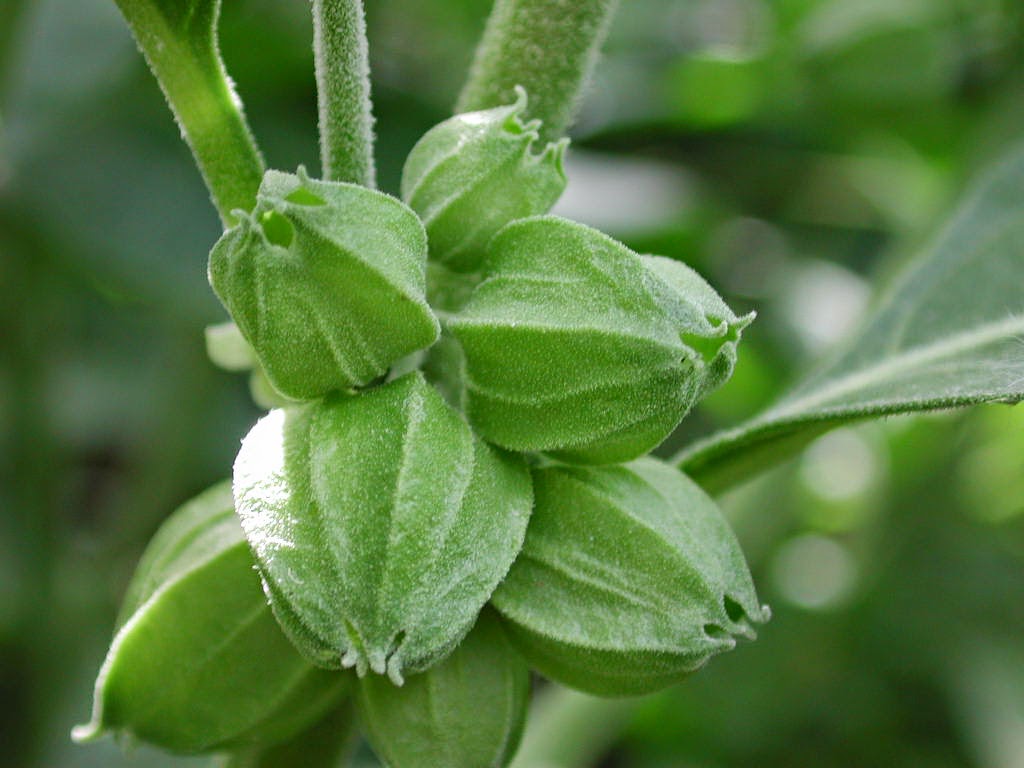 Ashwagandha root is famously used to support both sexual desire and fertility in men and women. While it probably does this in many ways that we will never fully understand, I think of it as nourishing the vital essence. When we are healthy and strong overall we can devote more of our energy to sexual and reproductive vitality.

Ashwagandha for women: When used for women, ashwagandha can be paired with shatavari (Asparagus racemosus), another wonderful Ayurvedic herb.

While ashwagandha root can be used for both sexes, it has long been used for promoting sexual health in men and can be used specifically for spermatorrhea.

While Ashwagandha can serve as an aphrodisiac in stimulating libido in both men and women, it is even more valuable when thought of as an herb that builds semen potency as well.
- KP Khalsa, Culinary Herbalist Course

Ashwagandha Benefits for the Brain

Ashwagandha root has been shown to improve cognitive function in young men. In a trial, 20 men were given ashwagandha daily and had cognitive tests done before and after a two week regimen. After two weeks they showed significant improvements in cognitive ability.

Not many tests have been done using ashwagandha in humans; however, this small study makes me wonder how ashwagandha might help preventing or slowing Alzheimer's disease. The authors of this study hypothesize that ashwagandha may prevent or possibly repair central nervous system disorders.

The indication here is that the use of Withania somnifera can bring significant changes in neurological baseline functions, with the postulation that it can be applied clinically in prevention, and possibly repair, of central nervous system disorders.
- Natural Medicine Journal

Ashwagandha Benefits for the Heart

Ashwagandha helps to protect the heart from age-related illness. It can be combined with arjuna bark (Terminalia arjuna), which is a famous herb for the heart from Ayurveda. 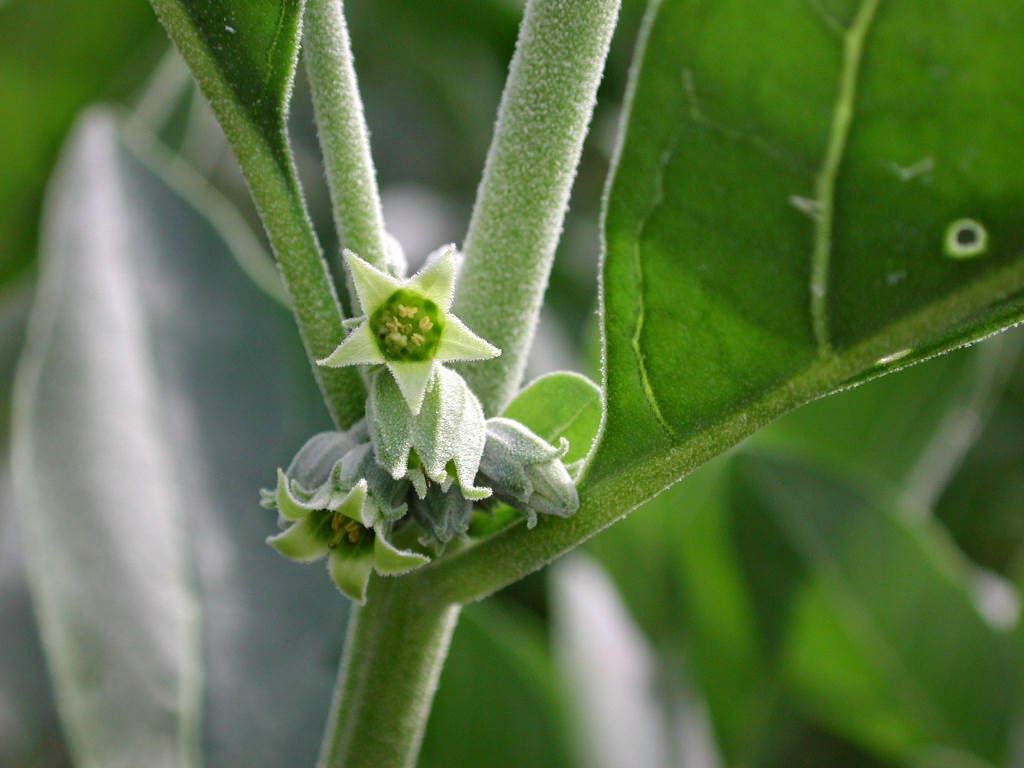 Ashwagandha Uses to Support the Immune System and Against Cancer

Ashwagandha root is an immunomodulating herb that can support the health of the immune system. Consider it for people who have immune system disorders such as HIV or chronic infections as well as for those who tend to get every upper respiratory virus that comes their way.

Cancer specialist and herbalist Donald Yance says he uses ashwagandha as an immunomodulating herb with his cancer patients.

I use ashwagandha in adaptogenic formulas for all my patients with cancer during and after chemotherapy, radiation, and surgery. The immune-modulating activities of ashwagandha have been well researched and are significant.
- Donald Yance, Adaptogens in Medical Herbalism

Ashwagandha root is used for a variety of degenerative, wasting and chronic diseases, including arthritis, TB, fibromyalgia and chronic fatigue. Because it builds tissue and supports overall health it can help people regain their strength.

Ayurveda considers it a “grounding” herb — one that nourishes and regulates metabolic processes and stabilizes mood.  - KP Khalsa

Herbalist David Winston and Steven Maimes write in their book Adaptogens that Ashwagandha has been shown to be directly beneficial for people with hypothyroidism, insulin resistance and diabetes.

In my own practice ashwagandha root is one of my most-used herbs. I always reach for it when there are signs of exhaustion, especially when those are accompanied by sleep problems like chronic insomnia. It also works for many people with autoimmune conditions and arthritis.

Ashwagandha herb is a small shrub in the Solanaceae. It grows to about two feet and prefers semi-arid conditions. It is native to arid areas in India and can also be easily cultivated.

Leaves are alternate and ovate. They measure about 10cm long and 5 cm wide.

The flowers are yellow to green.

In the fall ashwagandha produces red berries in a papery sheath.

Ashwagandha roots are long fleshy tubers that are cream colored. They are harvested at the end of the plant's first year. If you can grow tomatoes then you can probably grow ashwagandha as they need a similar climate. 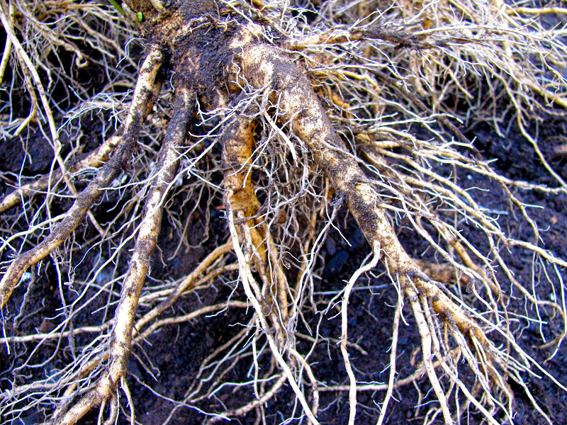 The following dosage suggestions are taken from the official AHP monograph on Ashwagandha.

Donald Yance recommends a 1:1 extract ratio at a dosage of 2-8 mL per day.

Ashwagandha can be taken as a single herb; however, it is often formulated. Ayurveda has some complex formulations with ashwagandha; however, it was often simply mixed with pungent herbs like pippali or the formula trikatu.

In the book The Way of Ayurvedic Herbs, Tierra and Khalsa recommend the following preparation of ashwagandha. 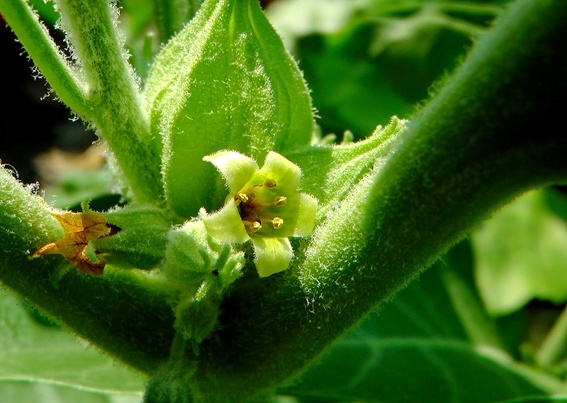 Ashwagandha side effects may include increasing the sedative effects of barbiturates.

In Ayurvedic theory, ashwagandha side effects may increase pitta or ama when taken in excess. It shouldn’t be used if there is a current upper respiratory infection or lots of congestion.

Ashwagandha root is a supreme tonic herb that can be used both to revitalize those who are exhausted and weak as well as soothe people with anxiety and overt stress.

Ashwagandha has been used for thousands of years in Ayurveda and is becoming more popular in the west due to its unique mix of strengthening and calming benefits. This is a safe and powerfully rejuvenating herb that could benefit many people faced with the chronic health problems of modern society.

Resources used in writing this article

Way of Ayurvedic Herbs by Michael Tierra and KP Khalsa

Adaptogens by Winston and Maimes