Structure of the Nervous System

The structure of the nervous system is divided into multiple systems. For you visual learners I’ve included a nervous system diagram at the end of this article.

The peripheral nervous system (PNS) includes the axons or nerves (i.e., bundles of axons) that originate in the brain and spinal cord and then flow out through the body into limbs and organs. Its job is to both receive and give information to and from the central nervous system. 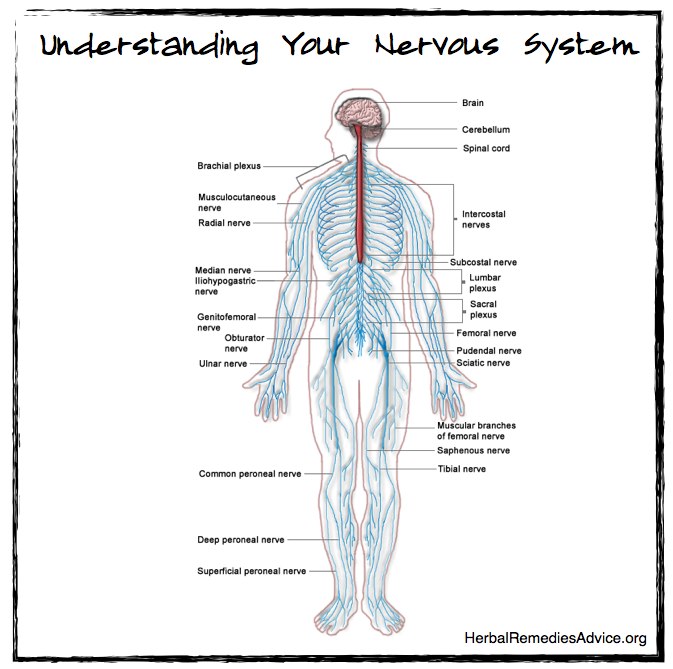 The somatic nervous system allows for the voluntary control of muscle and skeletal actions. It is what enables us to kick a ball or raise our hand. It also senses external stimuli such as the presence of a raindrop on our arm or the temperature of the water.

Functions of the Sympathetic Nervous System

Imagine you are a zebra on the plains of Africa. You are absentmindedly chewing some grass when suddenly you catch a strange movement from the corner of your eye. This is when the sympathetic nervous system tunes in. Your vision is increased, your heart starts beating faster, and your digestion slows. All of these actions (and many more not listed) are involuntary reactions to enable a fast get away or increased strength to stay and fight. (In this case I would suggest running!)

After the zebra has escaped from the predator, he shakes off the sympathetic increase in energy and transitions to parasympathetic functions.

Functions of the Parasympathetic Nervous System

In recent years, a lot of health practitioners have been focusing on the balance between these structure of the nervous system and relating their imbalance as a cause of poor health.

As we can see in the existence of the sympathetic nervous system, our bodies are meant to deal with stress. Unfortunately they are not meant to deal with the amount and frequency of stress we commonly face today. Constant low-grade stress, or acute high-intensity stress can lead to an autonomic nervous system imbalance. In other words, it can inhibit the body’s rest-and-repair (e.g., digestion) mode while wearing out its flight or fight response (e.g., chronic hypertension leading to heart failure). 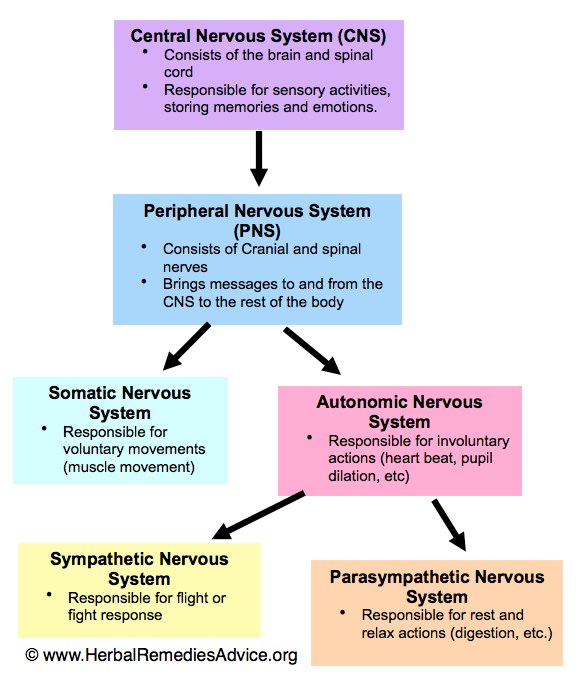