The human female reproductive system is a complex and beautiful system that has the potential to nurture tiny cells into a thriving baby.

This article briefly looks at the anatomical features of the human reproductive system and explains the menstrual cycle. 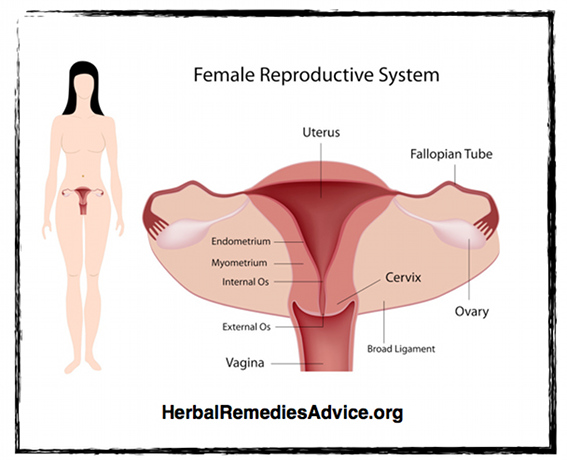 The ovaries are endocrine glands about the size of an almond shell where the female body stores all of her eggs. A baby girl is born with all the eggs she will need in her lifetime; in fact, hundreds of thousands of eggs more than she will ever need. Each egg is stored within its own sac called a follicle.

Besides storing the eggs, ovaries secrete both estrogen and progesterone. Both of these hormones are needed in various phases of a woman’s cycle and lifetime.

The Fallopian tubes connect the ovaries to the uterus.

The uterus is a pear-shaped muscular organ whose main role is to accept a mature egg after ovulation. Each cycle, the uterus builds up a lining called the endometrium. If an egg is not fertilized the uterus will shed this lining at the beginning of the menstrual cycle; hence menstrual bleeding. If an egg is fertilized, it will then miraculously grow inside the uterus until it is birthed and the lining will become a part of the placenta. The uterus is made of smooth muscle.

The cervix is the lower portion of the uterus that joins with the top of the vagina.

The vagina is an elastic muscular tubular organ that extends from the cervix to the vulva. Although this is an internal organ it can be accessed externally. It provides passageway for the shedding of the endometrium, is part of the birth canal, and is a major sex organ.

The vulva includes all of the female external genitalia such as the mons pubis, labia majora, labia minora, clitoris, and the vestibule.

Seldom are breasts the same size as each other. It is also common for breasts to change in shape and density as a woman moves through her monthly cycle. 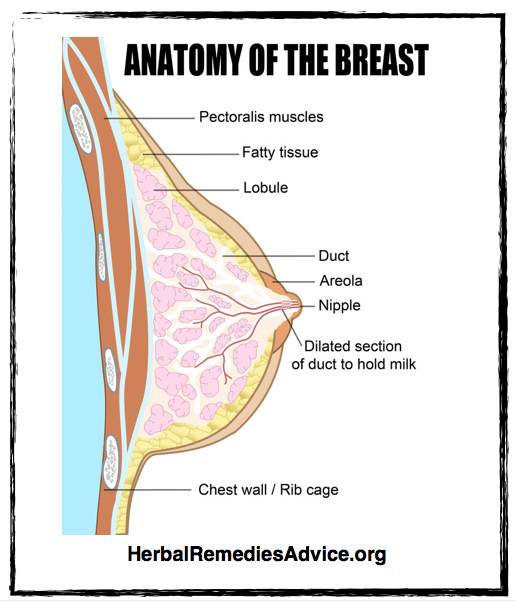 For some women, getting their period each month is, at best, an inconvenience. For others it is a sacred time to reconnect with themselves. For far too many women their periods are the only awareness they have of a complex cycle that most women experience 300 – 400 times throughout their life.

Each month women undergo various hormonal changes that can affect their state of being. By being aware of their cycle, what stages they are in, and the physiological changes their bodies are experiencing, women can be that much more able to take care of their well-being.

Although commonly referred to as the 28-day cycle, average cycle length is anywhere from 26 – 34 days. There are three recognized phases of the female reproductive cycle: the menstrual phase, the follicular phase (pre-ovulatory phase), and the luteal phase (post-ovulatory phase).

The first day of menstruation marks the first day of a woman’s cycle and is the beginning of the menstrual phase. The average bleeding time for women is from 3-6 days and normal blood loss is from 30 to 80 mL. The bleeding that occurs is the shedding of blood, tissue fluid, mucus, and epithelial cells that come from the endometrium. 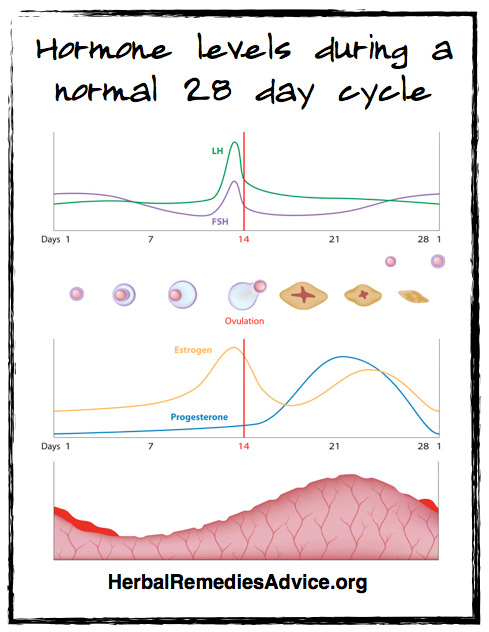 The hypothalamus gland plays a role in menstruation by releasing hormones that signal the pituitary gland to release the Follicle Stimulating Hormone (FSH) and small amounts of Luteinizing Hormone (LH). These hormones then signal the follicles where the eggs are kept to mature.

As these follicles mature they release estrogen. As the estrogen builds in the body it signals the endometrium to become thicker and thicker. The increased estrogen in the body also stimulates the cervix to soften and pull upward as well as release mucus. This mucus plays an important role in the reproductive function by supporting the sperm in its journey to the uterus.

Once the endometrium has reached a certain stage of thickness, the pituitary gland releases more luteinizing hormone to stimulate ovulation or the releasing of a mature egg. The egg travels down the Fallopian tubes and, if it is not fertilized, it becomes reabsorbed by the fallopian tissues. If fertilized it can take about three days for it to reach the uterus where it will implant itself into the endometrium.

The luteal phase lasts an average of 10 – 16 days. After ovulation estrogen decreases in the body and progesterone increases. Progesterone helps a fertilized egg to implant itself on the endometrium and is necessary for the beginning stages of pregnancy. If fertilization is not achieved, the progesterone levels will fall, which signals menstruation to start and the process begins again.

You can learn more about how to prevent disease in my article on the 7 Tips on Keeping the Female Reproductive System Healthy. If you have PMS you’ll find some helpful tips on Natural PMS Remedies here.