4 Secrets About Alchemy of Herbs 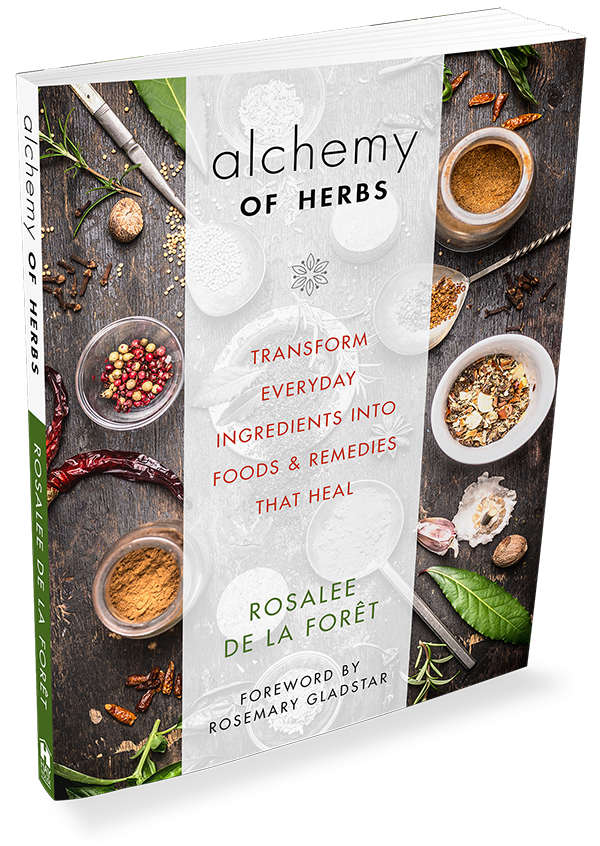 Three years after it was published, Alchemy of Herbs continues to be a best selling herbal book. It’s also the most highly rated herbal book on Amazon. (Which is utterly astounding to me!)

With my new book coming out soon, I’ve been reflecting on Alchemy of Herbs and wanted to give you a behind-the-scenes look at what that journey has been like. In this article I’m sharing things I’ve never shared publicly before. (You’ll also get access to brand new bonuses.)

The book deal for Alchemy of Herbs just landed in my lap. In fact, I didn’t really have the goal of being a book author! I suppose I had thought that, sure, one day I’d write a book. But I figured that wouldn’t be for many years…

But then the book deal for Alchemy of Herbs just happened suddenly. And I knew it was too big of an opportunity to pass up!

Here’s how it happened…

I had written an e-book of recipes for LearningHerbs. John Gallagher, from LearningHerbs, had the e-book printed and sent it out as a bonus for a program I was doing.

He had some extra copies and so he took them with him to a meeting. At the meeting he handed the printed e-book over to Reid Tracy, the CEO of Hay House publishing.

John told me this wasn’t part of some big plan. It was more of a second-thought. “Hey, I’ll hand this to Reid to show him what we’ve been doing at LearningHerbs.” Reid looked it over and loved it so much he said, “Hay House would love to publish a book like this! Let’s get a contract in place.” John called me from the lobby of the hotel meeting area to tell me the news!

It can be incredibly hard for new authors to get a book deal. I was very lucky to have this opportunity and I feel so grateful for it!

Secret #2: Just as Much Effort Goes into Launching the Book as in Writing the Book

The timeline for Alchemy of Herbs was basically 2 years. One year to write the book and then one year to edit and design the book. (Some books move faster than this, but this timeline was determined by the publishing company.)

Writing an entire book was definitely way more work than I had ever known! What’s more is that it really stretched my skills and I learned a lot through the process! I am more of a big picture thinker so learning the importance of attention to detail and consistency was a big deal for me. (Let me just say my editor, Nicolette, really had her hands full with that first manuscript!)

I celebrated every milestone of the book and once it was completely done I was so relieved! I had done it! I was done!

What I didn’t know then is that practically just as much goes into promoting the book as into writing the book.

As a general rule, publishers don’t promote the book all that much. It’s more up to the author to get it out there. Hay House, my publishing company, is a bit different in that they do a lot of promotions, but it was still up to me and LearningHerbs to generate most of the sales.

Through that process we learned a lot about how book sales work, including this golden rule:

I had no idea about this one! Basically pre-sales can make or break a book before it’s even published.

Pre-sales tell the book-distributing world (like physical booksellers) and other media outlets if this book will be worth buying and promoting. Physical bookstores have such limited space (vs. the amount of books being published) that they have to be really selective about what they buy. If a book has both high and steady pre-sales, this lets them know that the book is worth having in stock.

If you are a major best selling author (think Stephen King or Oprah), then generating pre-sales is no big deal.

That is where pre-sale bonuses come in. These are valuable gifts, given as a thank you, to people willing to shell out cash for the book, months ahead of when they would actually receive it.

With Alchemy of Herbs, the need for pre-sale bonuses took us by surprise and we spent a harried month putting together what we hoped were enticing gifts for everyone willing to purchase it early!

Whether people loved the bonuses or were simply excited to get my first book, the pre-sales for Alchemy of Herbs were phenomenal! (Thank you!) We hit #2 overall bestselling on Amazon in the US and #1 in Canada. Because of pre-sales the book was then carried in physical stores like Barnes and Noble and Costco.

Phew! With the pre-sale hurdle down, we thought that now we could rest. But no.

The week that the book comes out is also super important. Sales that week (and beyond) determine if it will make best sellers lists. For that reason the week of publication is like hitting the reset button - it all begins again!

Alchemy of Herbs also had an impressive first week of sales. It made the USA Today and Publisher’s Weekly best seller lists. (Sources told us that it came very close to being a New York Times bestseller.) Making best seller lists also helps with promotion and with getting the book in physical bookstores.

Secret #3: YOU are why Alchemy of Herbs has been so Successful.

In case it’s not obvious from what I’ve written above, YOU are a huge reason why Alchemy of Herbs was so successful. Buying the book during pre-sale and buying the book the first week of sales all led to its success.

Also, the overall excitement helped the book, as many people organically shared the book with friends, family, students and beyond. This multiplied the love!

If it had ended there though, the book’s success would have been short-lived.

You also helped Alchemy of Herbs in other ways.

For example, Alchemy of Herbs is one of the top-rated herbal books on Amazon. This helps to make it a perennial best seller. Thank you for taking the time to write reviews! This is truly one of the biggest reasons that the book continues to sell well. (And yes, I know people love to hate Amazon - but they account for at least 70% of all book sales so to ignore them would basically ruin a book’s chance at success.)

(Tip: Now that you know how important Amazon book reviews are - please share the love! Do you have other herbal books (or otherwise) that you love? Help an author out and write a review! It really makes a difference!)

One of the pre-sale bonuses for Alchemy of Herbs was joining a Facebook group dedicated to the book. We had never started a Facebook group before and figured it would be a short-lived thing that we would close after the book was published. Wow! You all blew us away. The group quickly swelled to become the largest and one of the most active Facebook herbal groups. That group is still going today!

Which brings me to the last and the most important way that Alchemy of Herbs is successful.

Because really, if the book sold a lot, but then just sat on people’s shelves, it would be a failure in my mind.

I’ll be honest here, I don’t get a lot of money per book sold. After three years, it has added up to a chunk of change, but writing and publishing books will not make you rich (unless you are Stephen King or Oprah and sell millions!)

So while books sold is an important achievement, and it does generate some income for me, it’s not the thing that is most important to me.

What has been far more gratifying is seeing people USE the book. Not a week goes by where I don’t see photos or stories about people trying the recipes from the book. People post their sharings or questions on the Facebook group. They write me an email. Or they tag me on social media. Even when I go to my small town to go grocery shopping, I often hear from people on the street that a certain herb or remedy helped them. That is the best!

The entire reason I wrote the book is to inspire people to use herbs every day. So, to see that happening, even three years later, is what makes me the happiest. Thank you!

Secret #4: Bonuses (Including Brand New Ones!)

After listing so many wins and successes in this article, I feel a bit embarrassed to admit a failure. But, I promised juicy secrets so I’m going to deliver.

Basically, in the excitement of writing and promoting the book, I dropped the ball on something.

Within Alchemy of Herbs, I gave a link to a resource page. I had every intention of creating those resources, but other things in life kept popping up and that page kept falling further down on my priority list.

That’s why, for years, yes years, if you went to the Alchemy of Herbs resource page, you found a “coming soon” message.

But, I picked that project back up and now I have an actual page with actual resources listed for you!

The resource I love the most is an herbal energetics chart that lists every herb in the book and its qualities of hot/cold and dry/damp.

You’ll also find a link to bonuses that have been available since the book was released, including my presentation on creating the Ultimate Dinner Party using recipes from Alchemy of Herbs. 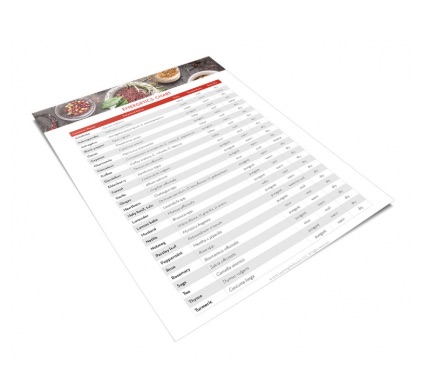 Thank you for walking down the Alchemy of Herbs memory lane with me!

Now, it’s time to look ahead.

Next week I’ll be unveiling all the details about my new book! And, now that you’ve peeked into the secrets behind Alchemy of Herbs, you’ll have an insider’s view about the promotion runway leading up to the publication of the book.

Lastly, I’ll leave you with this last teaser… with Alchemy of Herbs we were surprised about needing the pre-sale bonuses and we scrambled to get things together. Don’t get me wrong, I think we did a great job with the bonuses.

With this new book, we knew what was coming and so we have been planning and creating these bonuses for the past 8 months! Not kidding! These bonuses are awesome! So valuable! I can’t wait to share them with you!

Look for my announcement next week!

Return from 4 Secrets about Alchemy of Herbs to HerbalRemediesAdvice.org